Ask Question
Asked 7 years, 8 months ago
Active 1 month ago
Viewed 917 times
13
Want to improve this post? Provide detailed answers to this question, including citations and an explanation of why your answer is correct. Answers without enough detail may be edited or deleted.

time-management time-tracking software
Share
Improve this question
asked May 9 '14 at 9:24 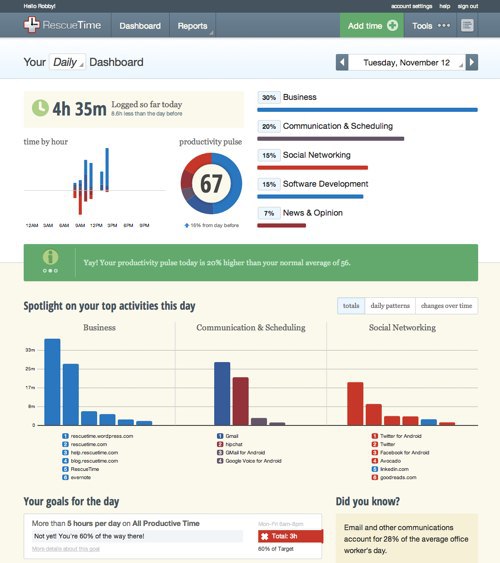 I use TrackingTime. It has a Chrome extension or can be used in browser or as a Chrome app as well. I use the paid version (started with the free version) and can create multiple projects, each with their own list of tasks, and I can decide which tasks are billable and for how much. Also, I can print out timesheets as well.

65
Tracking hours you are working for clients
3
Am I free to bill the time when preparing for the work?
3
How to factor in freelancing alongside full-time work
2
I'm converting a desktop software as a cloud service. Is there any ratio between their prices?
4
Time reporting app
2
Financial software for new 1099
6
How feasible is it to work fixed price and parttime for a client as a freelance software developer?
3
Does anyone know of any free time tracking and invoicing software geared toward freelance software developers?